Except from visiting the @POTUS on January 11 2012, Darden has been to the White House twice.

She is a central figure within Environmental Policy. From other links it seems that she is connected to both the AGW climate agenda

Obama, in a statement, thanked Sutley for her five years with the White House, calling her a vital part of such policies as the second-term climate agenda he rolled out in June.

and to the Clintons.

She was a prominent supporter of Senator Hillary Rodham Clinton’s primary campaign, and served as a close adviser to Mr. Davis, who was recalled and replaced by Arnold Schwarzenegger in 2003.

Then, as recently as November 6 2015, Darden visited Gabriele Fisher who was an intern at the National Security and International Affairs. Hmm. 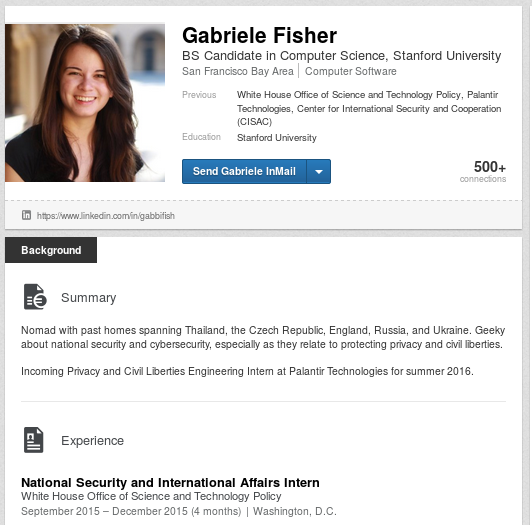 Among others these people were attending this meeting according to a comment by “Uchoads”:

According to the same website Darden also visited the White House on 6th Nov 2015. He went to two meetings apparently organised by Gabriele Fisher, a “National Security and International Affairs Intern” from the “White House Office of Science and Technology Policy”

Also in attendance (among 80 others) were:

Also interesting to note is that JT Vaughn visited Erin Szulman at the office of Science an Technology Policy on June 16th 2015. She was formerly at the Department of Energy.

It gets even more interesting realizing that this meeting took place about the date when the first Penon report was received by IH (three months into the test). 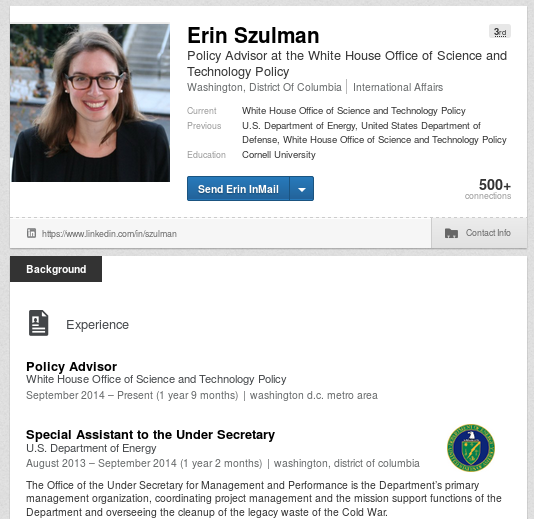 All in all, this points to the White House being seriously involved since probably 2011 (when the first MW reactor was sold to a military customer in Bologna). I would say it strengthens my hypothesis of Darden being part of a high level scheme to control IP and LENR roll out.