The no 1 crisis control PR agency Apco Worldwide, specialized in astroturfing and manipulating public opinion. Here represented and outed (by cc: of press release) Brian McLaughlin a Director and lobbyist at their Washingon DC office. And Jones Day, the largest collection of lawyers available under one roof in the US. 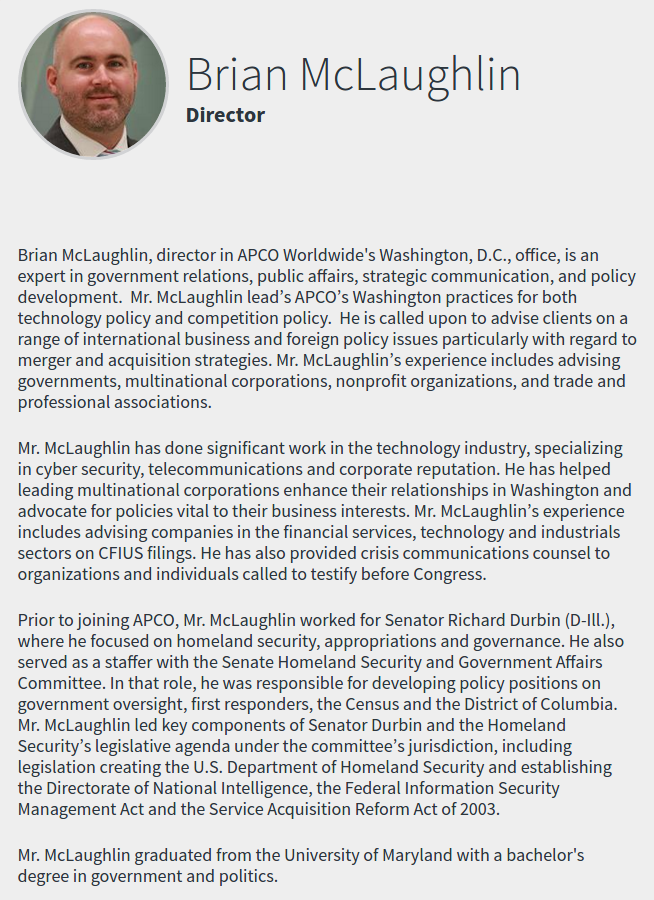 As I said before it is not about the money, all about freedom and control.

If it was as easy as the 1MW reactor not performing or Rossi not being able to deliver any COP above 1, then this would be as easy as anything. They would need to take the $11.5M loss as one of many other VC has done during history and go on doing other important stuff. The same goes for Woodford. $50M is a lot of money, but worse losses have been taken.

You simply Do Not need this Huge collection of Talking Heads to counter a simple fraud. It just doesn’t make sense.

We can be sure that by putting up all of these “inferior”  people on the defense, they have a bigger agenda (ie. not proving fraud).

As I said. This all points to IH knowing that Rossi has something HUGE.

Rumours are now spinned of COP=1 and personal attacks are executed on Penon, etc. Darden travels the world inserting FUD here and there … but putting nothing in print. Only talk, talk, talk. “… could not be substantiated …” Pure damage control. Pure discrediting.  Nothing else.

Why? Why are they putting all this effort in?

The army of lawyers have only two things on their in mind.

Their aim is a slow controlled roll-out of LENR. And of course controlled by IH and their stake holders. From their point of view, including Washington friends, this means both money and power in the long run. So it is only logical. Business as usual.

The Apco agenda is all about discrediting Rossi, keeping him from raising money and starting Leonardo production with superior IP

We have now entered the fighting phase. As Mahatma Gandhi said