Update April 10th: A clarification on Rossis comment on the article below 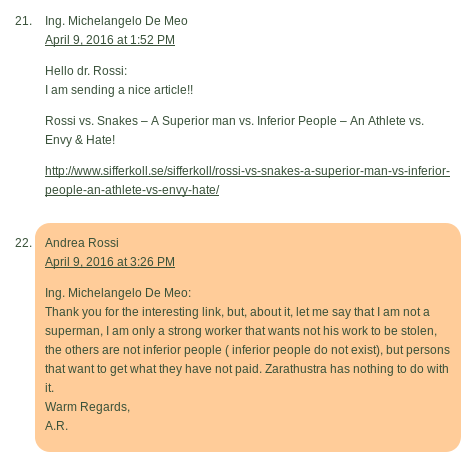 I believe there is a misunderstanding about the “labels” superior and inferior as they are used in the book of changes (I’Ching). It is not a binary choice, but relates to how well we manage to understand ourselves, our surroundings and how we act upon this knowledge. The three poisons is an example of what to avoid in this daily conduct.

So it is not about performance per se, although this is an probable result. It is not even about ethics and morality. In other religions these traits could be called sins, but I like poisons better since we are all affected by them to some degree and it is not judgmental.

As we know Rossi is an athlete. Not only as a long distance runner in the 70’s but also today as a world class inventor. Many people seem not to grasp this connection.

It is easy to start thinking that this whole E-Cat patent IP business is about greed. Could be of course to some degree (most of us do want stuff to some degree, but not usually on other peoples expense), but it is dwarfed by something vastly more important – envy.

As Charlie Munger says about his long time collegue Warren Buffet in his famous Harvard speach.

Those of you who have raised siblings you know about envy, or tried to run a law firm or investment bank or even a faculty? I’ve heard Warren say a half a dozen times, “It’s not greed that drives the world, but envy.”

I believe this to be a core theme in this whole LENR saga since 1989. It is also a common trait among what the chinese masterpiece I’Ching calls “inferior” people. Since most people in academia, politics and business, obviously are not able to invent and/or bring positive change they focus on hindering others to do it. Add ignorance and aggression and all the three poisons of Mahayana Buddhism are nicely covered.

Aggression is actually a very common theme. As a LENR advocate I’ve met my fair share of fundamental pathological ignorant skeptisism on the net. A common theme seems to be aggression. The Krivits, Wrights, Yugos, Clarkes, Tyy’s of the forums have “hatred” in common as the reason for spending endless hours flooding the forums with negativism. They HATE scammers, They HATE pseudoscience, They, more than anything, seems to HATE Rossi as a person.

How could this be?

Part of it is ignorance, which boils down to fear of change. But most of it is, to get back to Buffet – envy.

This is why I like the athlete analogy. Most people do not feel envy of world class athletes. They seem to understand that it takes a lot of work and some talent to perform as (since I like cycling) Jens Voigt who beat the one hour cycling world record at the age of 41 in 2014. (“It’s only pain” as Jensie says himself). What I mean is that Jensie is obviously a “superior” person in what he do. And even though no one else could do what he did (not true since the record has been  beaten since three times and is now held by the great Sir Bradley Wiggins, but anyway), not many people feel envy. 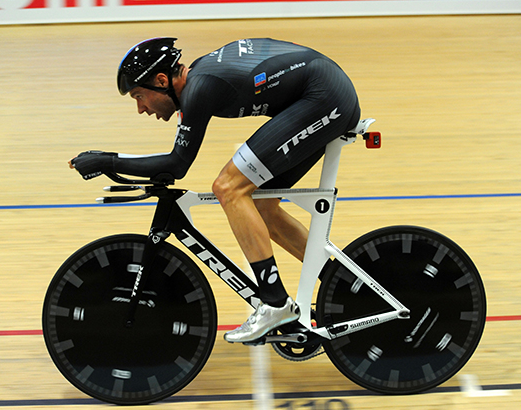 Average 412W for one hour by himself in a velodrome racing as many laps as possible for one hour.

But, when it comes to innovation the inferior people do not behave the same. Now it is no longer as easy for them to understand why the superior man thrive. This even though they acknowledge that it took an athlete like Jensie some talent and huge amount of focus and perserverence to train all those hours to become world record holder (in pain).

The same goes for Rossi. He has the talent, but more than anything he has worked using enormous amount of focus and perserverence. He spent more hours than anyone else thinking and experimenting on LENR devices. To succeed once, he has probably failed hundreds/thousands of times.

Inferior people don’t get this out of ignorance. They believe it is as impossible because they couldn’t do it, even though they at the same time understands it would be impossible for them to even cycle for ONE minute the way Jensie does for an hour.

They use the arguments of other inferior people; impossible, against the law (of physics), if it was possible it would have been done before (tell that to Jensie and other world class athletes). And finally, when it sort of starts to materialize upon them that it might be true their ignorance only makes them feel hate and envy.

Three poisons it is.

I’Ching says this about the time of “Break-Through” which I find have some relevence in the current situation.

… it refers to the time when inferior people gradually begin to dissappear. Their influence is on the wane; as a result of resolute action, a change in conditions occur, a break-through.

Even if only one inferior man is occupying a ruling position in a city, he is able to oppress superior men. Even a single passion still lurking in the heart has power to obscure reason.

Finally, the best way to fight evil is to make energetic progress in the good …

13 thoughts on “Rossi vs. Snakes – A Superior man vs. Inferior People – An Athlete vs. Envy & Hate!”