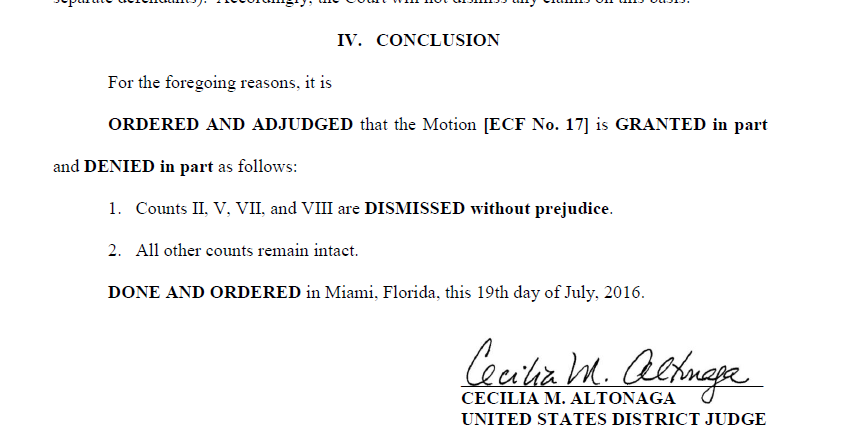 Also the fraud and deceit, unjust enrichment and Misappropriaton of Trade Secrets are still on the table together with the breach of contract (non-payment of the $89M).

Here is the doc.

Order on Motion to Dismiss

And since we know that the ERV report shows COP~50, including the quarterly reports during the test – we can be sure that IH needs to pay. Their only way out of it is to claim total fraud by both Rossi and Penon. They will however not state that but only make it come out as FUD waterboarding from the keyboards of mad dogs Weaver and Zoepfl, librarian Jed and FUDmaster Abd (and their anonymous kids).

Especially Zoepfl seems pissed off in his ECN dungeon …  Claiming some kind of victory! since some of the minor points were dismissed …

3 thoughts on “Huge Victory for Rossi When Judge Altonaga Rules All the Defendants to Remain (incl. Darden, Vaughn and Cherokee)”