I forward to you readers this open letter from brilliant fellow blogger Peter Gluck of EGO OUT. These are very important questions that should not be very difficult to answer. A non answer should likely be interpreted to IH disadvantage.

Why does Industrial Heat deny being very satisfied with the 1 MW – COP~50 – 1 year test until the payment was due? 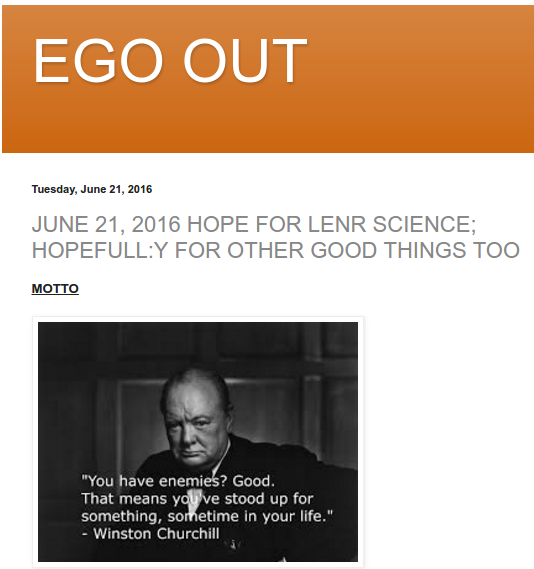 So I have decided that in order to make the war a bit less asymmetric, I will consider them a being a single entity “EX” coming from exorcists (of the demonic Rossi) or executioners (of the scammer Rossi), you know the guy who was IH’s collaborator for three years.

The questions are these:

Four questions are from me, one comes from Rossi (not the first time)

Instead of answering these questions, the IH “EX” group has insulted me as a hypocrite
coward, as a lamb having he intelligence of a two years old kid with bad behavior; who cares, bullies are bullies? I was informed that I HAVE to believe what they say and the proofs are not my business; this is absurd terrorism.

More disturbing is that the questions were rejected without analysis drowned in a tsunami of senseless words.

My patience has finished. I will let the LENR world to know that the IH “EX” guys can not answer these questions; the world should know their human and professional quality. I will start with sending this Open Letter to E-CatWorld and to my blog; if I do not get a decent civilized answer very fast (4 hours from now )

7 thoughts on “Very Important Questions to the IH EX(orcists) From Peter Gluck – Why does IH Deny being Satisfied with the 1MW COP~50 Test Until Rossi Payment was Due?”