I actually believe this is the most probable scenario right now.  There is so much to loose for both parties from telling lies. Those will be verified for sure, when the lawyers gets going.

So, this means that the complaint actually describes what has more or less happened. There are of course a lot of other things that has happened that we do not know about, since they are not included in the complaint. Most important being if IH has been able to produce industrial any scale plants fit for production in China.

Patent applications and statements by Darden indicates that IH at least has been able to replicate the E-Cat a number of times, even at COP~11.

As I have written before this is not the same as being able to build working energy producing plants.

The agreement could be intepreted in different ways. Probably Rossi giving instructions on how to replicate the E-Cat should be enough. I mean Rossi has supplied the recipes, concepts and procedures to make it work. But there might be more stuff to it – stuff needed to actually keep the plant running on high availability for a year that are not easily transferable as recipes. We’ve seen Rossi listening with a stetoscope … 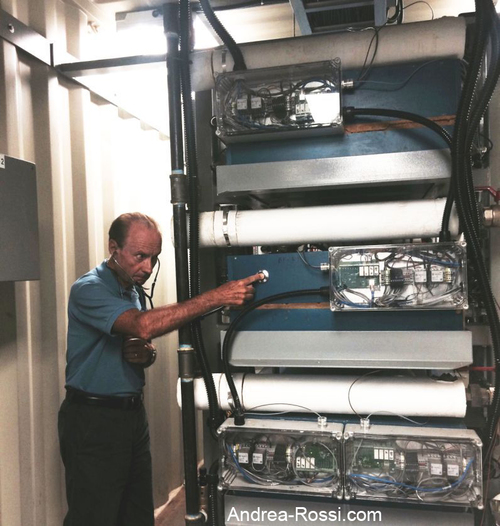 Maybe this knowledge is what IH calls to “substantiate”. And maybe there is no clear procedure on how to do this, because it works mostly on Rossis intuition; like a doctor listening to the heart. Or a mechanic to a combustion engine. More of an artform … Or like an athlete.

So, in the same way as it take many years to become a really good carpenter, it might not even be possible to deliver this kind of experienced based skills.

And since this is new technology, this knowledge is not very common yet …

So I believe IH has replicated the E-Cat with excelent COP, but have not been able substantiate it enough to sell it to the Chinese.

Exactly how to interpret the agreement is not clear. And that will certainly be argued by the lawyers in infinitum.

When it comes to the patents and IHs other investment  and in which way these are regulated/delivered in the agreement the only thing that is certain, is that it is not. And that it will be argued.

It is also possible that when Rossi where loosing trust in IH, due to their actions, which according to him was violating their agreement, he became more restrictive with the supply of new information and training. Since there were no time limits on these deliveries, he probably felt he could wait and see if IH were going to pay and thereby respect the GP test result of the ERV.

Unfortunately IH did not despite the overwhelming result of the test, only using the very vague “substantiate” word as an argument.

Now everyone is in fighting mode. Ad-hominem arguments are flooding the forums. Everyone involved are being attacked on preconceptions by pathological pseudoskepths and cryptodenialists. Apco Worldwide is involved, and they have a long history specialising in astroturfing. Bad.

All this because of IH lack of people skills. They failed to understand that they alienated Rossi by trying to make the business more robust bringing in other investments to reduce risk.  To parahrase NN Taleb, they thought Rossi was fragile, when he was the opposite: antifragile.  Huge mistake. HUGE.

7 thoughts on “The Rossi vs Darden #LENR saga: Is it Possible that they Both are Telling the Truth?”