Concerning Eric Walker sock puppet conspiracy theory:  I’m using Telia or Telenor (ie. the national Swedish or Norwegian ISPs with millions of customers) and they both use dynamic IP allocation for their mobile networks. Is this Eric Walker guy an idiot or what? He is simply making everything up since to boot me since I’m to much of a nuisance.

I guess I should feel flattered since he/them finds it important enough to make stuff up in order to ban me from posting. Without slightest evidence I’m falsely accused of having sock-puppets which even got me permanently banned. This more than anything proves the malicious agenda of Eric Walker and the entity he is probably working for.

My assessment of the situation is that the anti-LENR-Rossi crowd is freaking out a bit after the Rossi success at the Stockholm demo, and since I was present at the demo and since I do not hesitate to state my thoughts and position in public on the matter, ie. having to much influence – I became a bigger problem than simply a time consuming nuisance. Eric and his crew are not interested in this kind of first hand information being spread.

So, who/what is this Eric handle. I believe with high probability it is a fake identity. It is made up to look somewhat real, but being extremely vague. There is a public facebook page and a linkedin page, but those show nothing. I covered this before; HERE and HERE. and HERE.

Basically they made the identity up as being a mid-range java-script developer recently with either vague large corp or various freelance assignments. And I can tell with certainty that for someone being in THAT business the kind of LinkedIn information shown is fake. Anyone with ambitions in the area of freelance development will at least put some effort into making an professionally looking profile. Eric’s profile is not made for closer looks. There’s nothing. 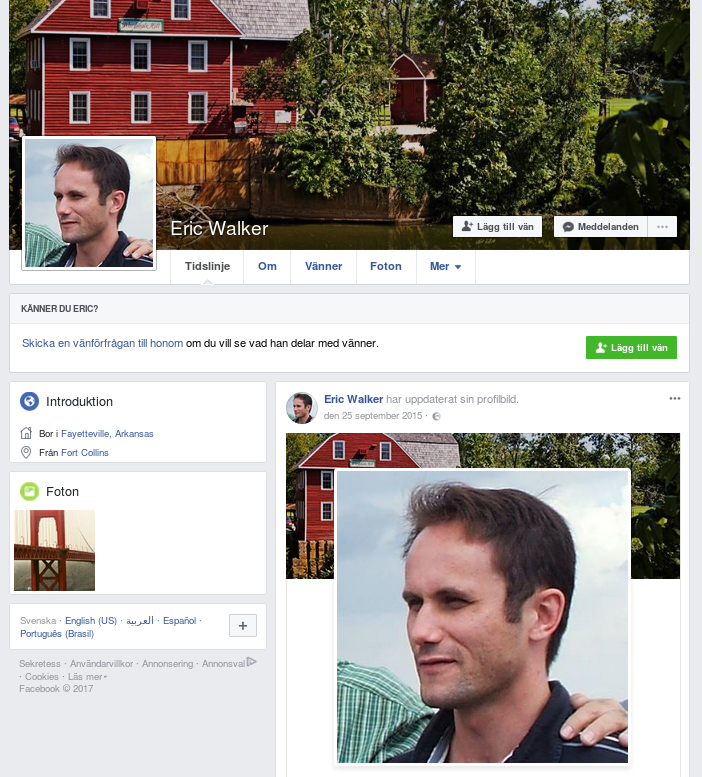 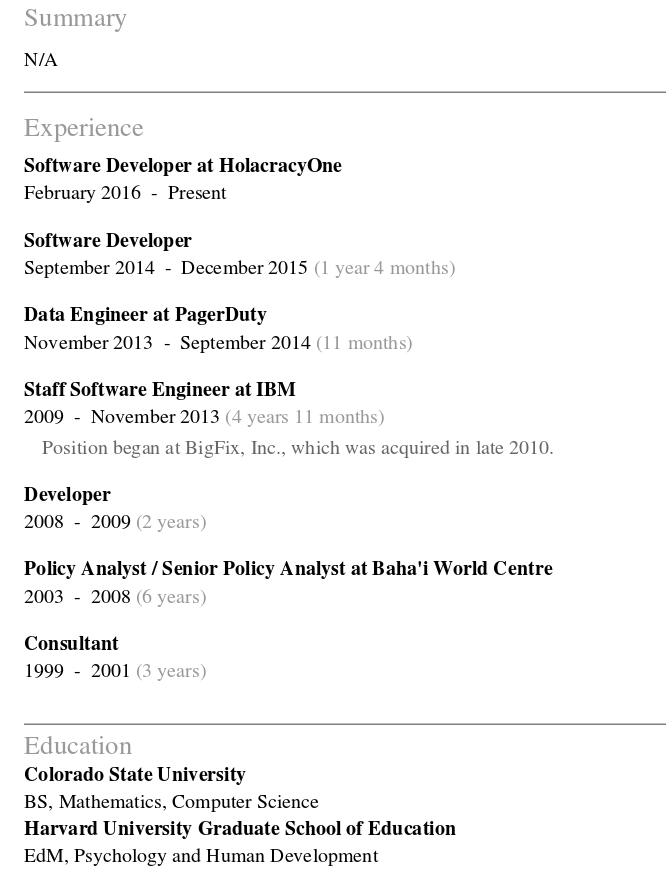 Also the assignments are vague and hard to verify. Apart from very general positions at Node and IBM… there’s there are some really weird stuff in the CV. Both Holacracy and Baha’i are sect like organizations; Baha’i as some Islamist derivative, and Holacracy is some kind of authoritarian belief system masqueraded as organizational philosophy…  Very sect like, both of them. Creepy feeling.

The Eric handle is either infiltrating these sects for some entity (US gov/mil probably) or the “rational” “scientific” profile he’s marketing in LENR context is made up and he has some religious agenda.

But back to LENR FORUM. It seems Eric is focused on tracking the members and building a LENR skeptic environment – especially anti-Rossi, since he has the tech closest to the market. Focus has been to harass the Lugano team and  to scare off potential partners and investors by painting a picture of fraud as much as humanly possible. He has a handful of handles helping him; probably both semi-pros (Thomas Clarke/THHuxley and MaryYugo) and useful idiots.

Erics job is simply to take control of the forum in the best way possible to achieve this environment according the the astroturfer COINTEL schoolbok chapter 6:

Eric is doing precisely that. And he is not even trying to hide it.

It is also interesting note the bias applied when it comes to different members. When Dewey was going ballistic about Rossi he was called a “principal” by Eric because he supposedly was an insider. But when first hand information comes from me I’m immediately banned on false accusations… Remember

I do wish Dewey and others arguing on the contra-Rossi side would also not resort to techniques intended to undermine rational discussion. Dewey gets a lot of latitude because he is a principal. In some of the other cases the distinction between Kev’s and Sifferkoll’s behavior and theirs is one of degree and not of kind

What is the purpose of the astroturfing?

I’d say most probable is Eric commissioned by some US gov/mil/edu entity, either/or to defend hot fusion budgets and to do some intel for US military in the LENR area.

Recent hard hitting on other members due to criticizing hot fusion rants (ZephyrAWT got banned) proves a point here. And it should come as no surprise that US mil could be a little bit nervous about unfriendly groups deploying LENR enabled weapons before they themselves are able to.

So, be warned. I believe Eric and his friends are tracking all movements and viewers on the LENR-FORUM.

Is this a conspiracy theory?

I don’t think so. There is so much money and power involved in the energy market that it would be stupid to believe they are innocent. Energy affects everything, on every level of society. And the cheap energy revolution will disrupt it all.

If you haven’t seen it before: