So! This whole deal turned out to be really dirty. Even more so than I expected when we found out the Apco “damage control consultants” were involved.

It seems obvious that Darden strategy was to keep IH seperate from Cherokee and that he aimed to raise money seperately for IH, to reduce his and Cherokee risk. Money was raised to pay Rossi $11.5M and keep it running during the test period.

It also seems obvious that Darden/IH did not intend to do the 350 day test at all. The plant was delivered to Raleigh in August 2013. For a year Darden failed to secure a facility for testing (really weird). One year later Rossi found a customer (JM Chemical) for the plant which also agreed to pay IH/Darden for the energy delivered. The customer is independent from Rossi according to the agreement.

The only sensible conclusion is that Darden only intended to get the plant for “personal” research and reverse engineering, and did not intend to test it according to the license agreement. Actually Darden only needed to find a facility for testing, not even a independent customer. He was not able to do even that. Now IH even got paid $1000 per day during the test …

This is troublesome, since it hints that either

Darden however agreed to Fabio Penon as ERV and to the start of the GP test. I guess he was buying time to frontrun or only to delay. He also contracted and paid for Fabiani and West to monitor and report on the test. As well as 50% of the since long agreed upon ERV.

We also know that IH made the Lugano Reactors using Rossi IP. Darden stated it himself. At that point he had spent a year working on the Ferraro reactor in Raleigh. So with this Darden started to advertise having acquired the IP instead of the license. He also seems to have shared this IP with competitors of Rossi, etc. And made patent applications on their own covering the E-Cat technology, even outside their territory …

I guess, it is up to the lawyers to debate what could be considered Rossi IP or covered by his patent. It will probably take ages.

It’s kind of hard to see though, how IH/Darden will present their claim to not pay Rossi. They would have to disqualify the 350 day test even though they;

This is however not that important since the E-CatX entered the game wich is still covered by the patent. Rossi strategy now seems to quickly set up production and start selling products. I agree completely with Rossi that this is the only way. These kind of disruptive revolutionary changes has to come bottom-up.

It remains to be seen how much of a pawn in the game Darden is. Maybe this was not his intention to start with, and maybe he was approached by even bigger fishes that can ensure him that he does not have to pay. In these matters we can not trust the justice system. To much money involved.

The by far best thing that came out of this is the new openness, since it enabled Rossi to speak.

Here are all the docs:

And a nice picture of Rossi and the MW Cat from ECAT.COM running his 6 cylinder plant at JM Chemical in Miami, FL. 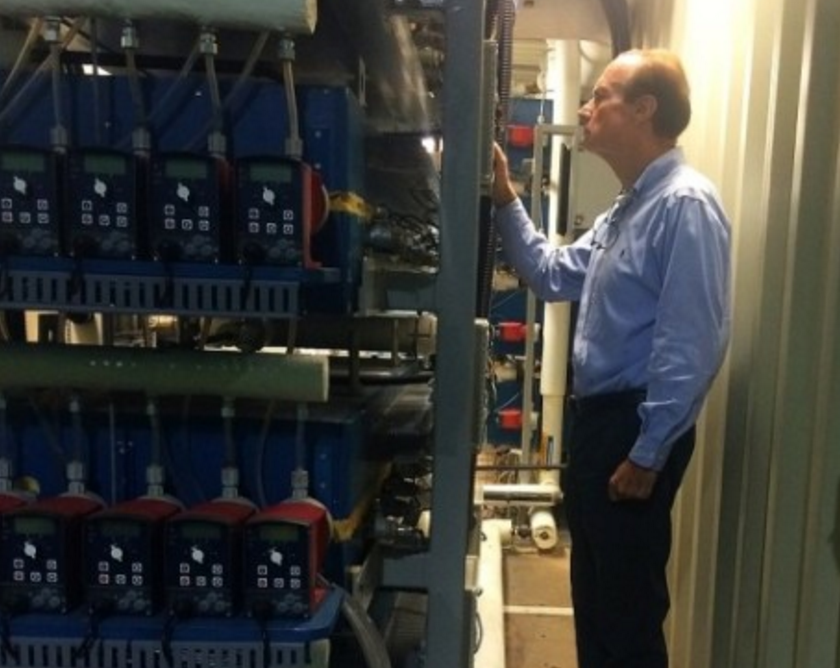