Made the ECW-reporter present at the demo.

He means that the now officially calculated result from the test, a COP of 506.66 should be enough to show the public what the ECat-QX can offer. And a one of the lucky observers having the opportunity to follow the remarkable presentation yesterday at only arms distance I cannot do anything else than agree.

So the only conclusion I can make only a few hours awake the day after is that Black Friday November 24 2017 became a day of success rather than failure for the Ecat-QX and than the clear majority of the audience (I could not find anyone disappointed) was convinced the claimed performance of QX seems valid. 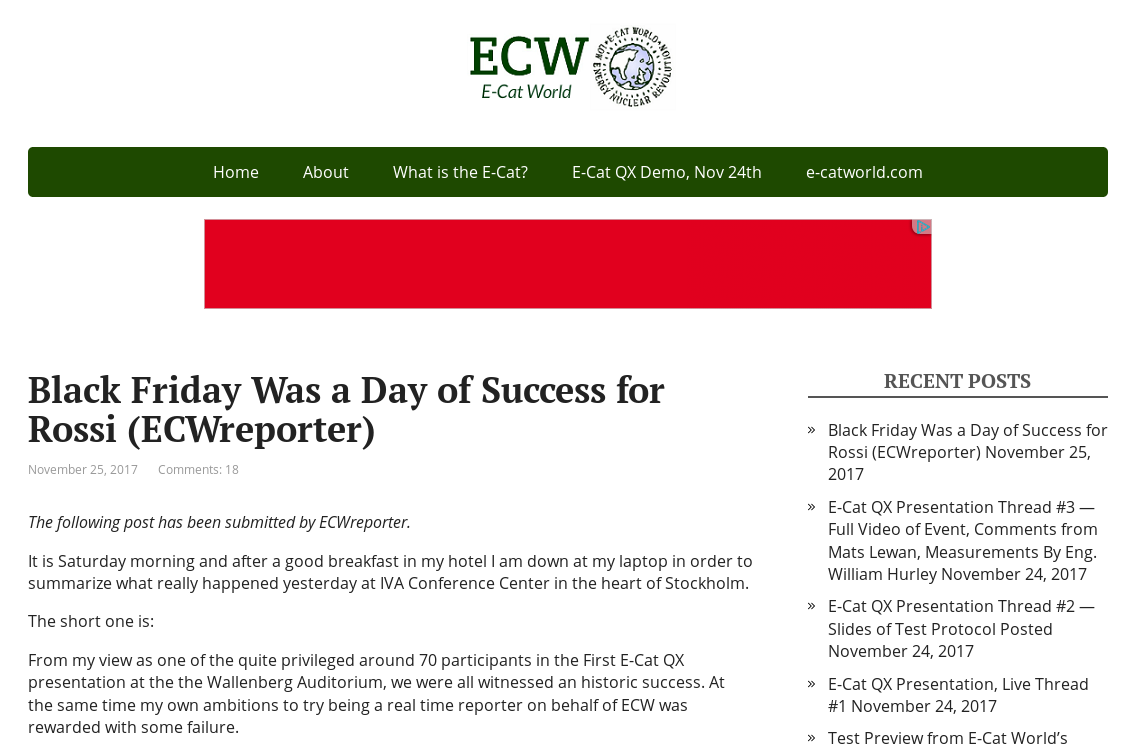