Looking at the different aspects of the energy market since october 2014 (the Lugano Report) we can see that the by far worst performer (risk adjusted) has been coal energy, followed the plunging oil price. The utilities sector has outperformed everyone else actually showing a positive trend.

In between we have nuclear and alternative energy outperforming fossil fuels.

My take is that the markets on average has not yet realized that with LENR producing electricity big expensive solar farms will have no future. And probably, even more important; the “big money” has never been in solar, so they have not been selling, like they’ve done in oil, coal and gas during the last 18 months.

So I figure that there is a trade here shorting solar on a 6-12 month basis, buying cheap out of the money put options in companies like First Solar ($FSLR) and SunPower ($SPWR). 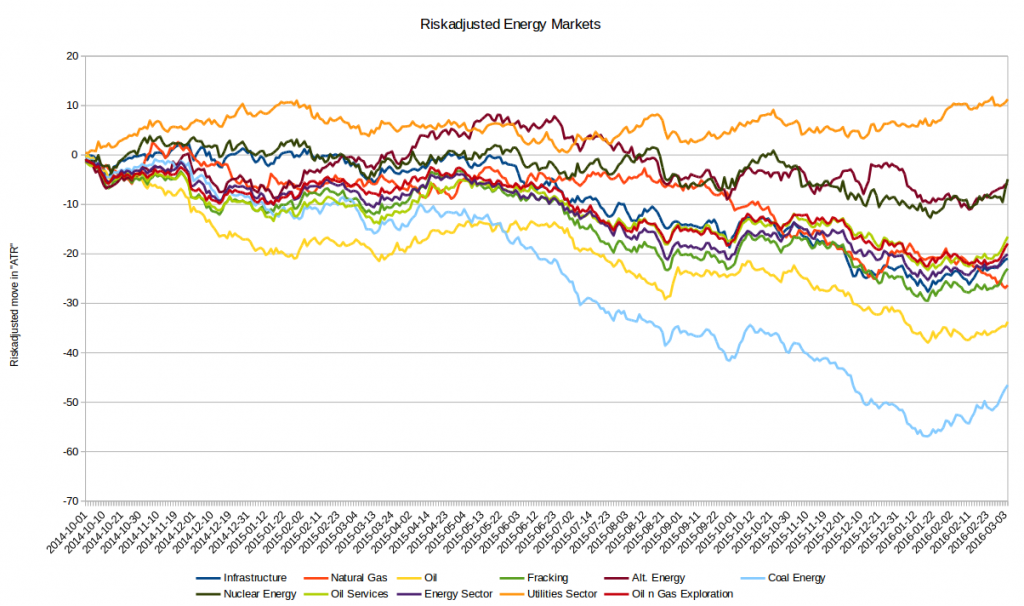 Looking at First Solar as an example below, we can see it has almost performed as well as the utilitiy sector since the Lugano Report. That doesn’t make sense to me. If LENR and E-Cat is for real, which I sincerely believe, they will most probably be affected negatively, maybe becoming more or less worthless.

The utility sector will on the other hand have a great future since we will use a lot more energy in the future and they will not charge us for the energy per se (kWh) but for the bandwidth and transport. Most of us will certainly be connected to the “smart” grid in the future and we will pay for it. So I’m long utilities (XLU). 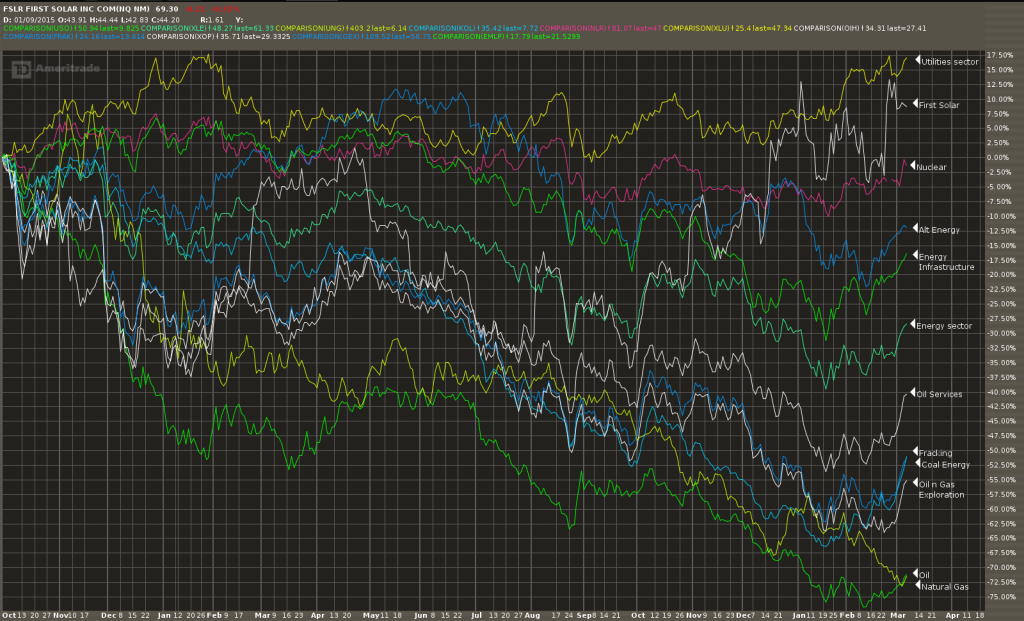 Of course this is not investment advise, only a report on the investments I made myself.

4 thoughts on “Is it Time to Short the #SolarEnergy Market due to #LENR? Maybe $SPWR and $FSLR?”