One way to make some prognostications is to look at recent history. Below I made macro charts showing some of the most interesting markets to watch on a one and five year time frame. 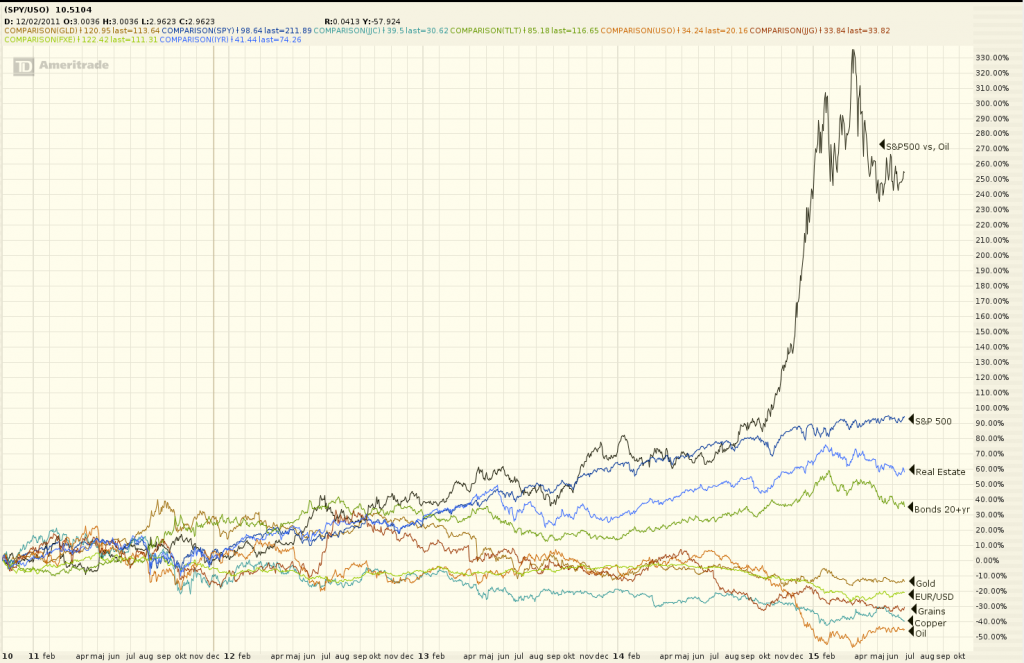 If you read my posts you know that I have been promoting the SPY/USO trade. Here you can see why.

The result has been tremendous. Mostly since last summer of course, but the main point is that it outperformed all other markets almost all the time even before that. 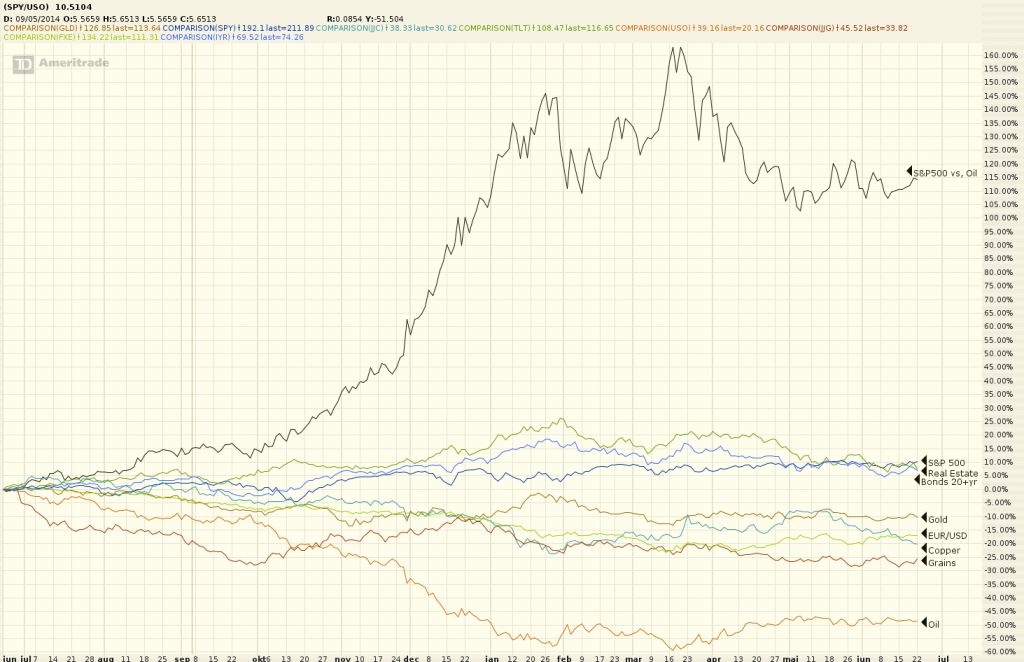 Looking at the one year chart is maybe not as interesting except for the period since February when the 20y+ bonds peaked. We actually see rising interest rates right now together with decent performance in stocks and copper (which is a good growth indicator).

One conclusion is that FED/Banks/.gov will continue to print money. Because they can and because it, in relation to other geopolitical areas, will increase influence and power – the USD being the prime carrier of value. This will continue to create debts among taxpayers and other entities. And when interest rates are raised due to growth profits will rise (and with them; control, influence and power) since the money was basically a free resource to them. When it can’t be repaid collection of real values like real estate and savings/future taxes of taxpayers (see Greece foreign debts…) will be the result.

This game will continue. Unfortunately LENR will not help those in debt. Even at near zero interest these are burdensome in many places. And cheap energy will not pay them off. In the longer run, deflation will actually increase the debts in terms of necessities like food and energy. For many countries and individuals, raised interest will be more or less like taxpayer slavery. Again; see Greece.

This is why it is important to watch what “.gov”s around the world are doing to enhance control over information networks. Threats of external criminal activity and terrorism are basically marketing with an agenda. Basic psychology teach us that sense of security is a pretty basic human need. And to use fear of lost security (i.e. threat of physical violence) is therefore an excellent marketing argument, better than sex and only barely below feeding someone that is starving. Terrorism is of course bad, but rarely really disruptive or a personal threat to those in power, and therefore not very important to get rid of. Especially since it has huge marketing value for greater and more important goals.

The real agenda is always revealed by following the money (and the power that follows). For .gov entities this comes down to collecting taxes and gain control of the taxpayer.