Is it normal for people to consistently hate one person due to making a possible world changing invention? And act on it by posting hate speech comments every day for several years? Are these people simply mentally ill in need of care (a), or is there an elaborated agenda to it (b)? 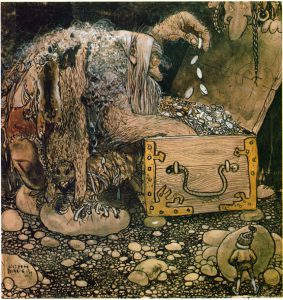 My vote is for the (b) option, mostly due to the consistency of their work. A sick person would not be able to behave and perform the level of persistent script based arguing these people do.

First; not all the Rossi haters are astroturfers. Some of these people are quite easy to understand;

DEWEY WEAVER – simply made some ridiculously bad business decisions together with the Industrial Heat / Cherokee Fund losers and are trying to compensate for it by acting like an eleven year old jerk/bully. (Also, he seems to have an obsession about me – of a satanic kind … kind of funny really – and a little bit flattered)

JED ROTHWELL – picked the wrong team at some point and is unfortunately unable to make a one-eighty to correct it. Too much pride invested I guess. Feel sorry for him.

SEVEN_OF_TWENTY/MARY YUGO – Too deep down in the dungeon of hate. Has an obsession disorder of sorts and it’s been going on for years. He is actually the benchmark to use when analyzing the real astroturfer pros. This is what it looks like when real hate is involved. The others represents what it looks like when the hate is manufactured with an agenda …

THHUXLEY(NEW)/THOMAS CLARKE – Weird dude. Covered him before – According to profile a second hand lecturer at some London collage obviously spending all his time doing anti-Rossi hate speeches. How probable is that? Really… ??

But then the most interesting –  the team of tireless pro astroturfers/sock-puppets proving my point; SIGMOIDAL, FORTY-TWO, PARADIGMNOIA, INTERESTED OBSERVER, BRUCE__H, ZORUD, OLDGUY, WOODWORKER, ROSELAND67, BANG99, BOB, DR_RICHARD (tell me if you feel you should be included – I might have missed someone :). These people are taking turns to flood the forum with a combinations of insults, ridicule and iterating the same fake facts (ie. their narrative and opinions labeled as facts) over and over again.

And when proven wrong or outsmarted in general by non-Rossi-hates they resort to even more accusations (usually Rossi of criminal activities) insults, ad-hominems and solutions of the EricWalker-school, ie. trying to have the opposition banned.

As you might know I’ve covered this before, then with a focus on the ERIC WALKER account. He was very active up until six months or so, but then suddenly disappeared  into the void after being brought out into the light – like a proper Troll… 🙂

This TED talk is as always worth repeating. The show is on. Right now. At the LENR-FORUM.

I wish I knew. Of course the Industrial Heat crew is interested in taking Rossi down since they feel inferior and dont like that. But that only explains some of the astroturfing. I still believe there are bigger forces at work.

Could be the US mil entities using the forum as a honey pot for LENR talent and tracking – knowing the world wide implications of a break through and having an agenda to slow it down to decrease disruption (at least of their world wide influence).

Some of it could have a more general political purpose – LENR surely threatens the AGW/green agenda of world wide CO2 taxation. A lot of people make their living on this and receives huge funding from unclear sources and taxpayers already to promote it.

Then there is the academics – the hotfusionistas, those who today receive huge funds for their huge toys – that eventually will prove to be totally useless. Funding no more…

Maybe others. Maybe companies in the heavily subsidized alternative energy business, ie solar, wind etc. Not difficult to understand – any slowdown of LENR development could be worth billions. And oil/gas of course. Although these industries are already planning to diversify – mostly into logistics – so I don’t see them as a prime suspect.

3 thoughts on “The Rossi Ecat SK HaaS (Heat as a Service) Offer Causes the Anti-Rossi-Astroturfers of the LENR-FORUM to Gear Up on Hate Speech Agenda!”