So you believe in a LENR future? Well, I certainly do!

So how can this belief be profitable? There are not any LENR stocks to buy yet. And anyhow, if there were, those would be very risky, since the first one to enter the market might not be a winner. Today the LENR companies are entering the VC sphere (Ecat/Rossi through Industrial Heat/Cherokee Fund and Brillouin through Sunrise Securities) and are somewhat hard to invest in for us outsiders.

LENR is a true market black swan. Everything will change when energy start moving from being a scarce resource to abundant and much cheaper. It will affect the cost of almost everything except for labour and real estate maybe.  A truck load of new applications will arrive and tons of new companies will be formed. Think of it as the Internet boom in 1999 and multiply by X … Stockmarket will go through the roof. We will have hyperdeflation (in a good way) because everything is getting cheaper. The whole world will benefit.

Except for maybe the oil companies (they already know, as you know, if you read my posts) and their owners (mostly pension and mutual funds, i.e. ordinary people), and much worse, some countries that are terribly dependent on the oil/natural gas prices, like Russia, Saudi Arabia, Iran, Venezuela and Norway. The politicians of these countries need to get another job… (you might include US here as well, but that is more about -who has the power- than dependency per se). Anyhow, it might not be pretty.

As for Big Oil, I believe they are already planning to cash in. And probably will be loaded with cash and prepared when the hit comes.

So with stocks going up (focus on mid and small cap, since most large cap is heavily invested in todays energy scarce world), and oil price going down, the natural trade is going long Russell 2000 and short oil.

This can be done with a simple spread trade (IWM/USO). As you can see below the spread has been in a magnificent trend for the last two years gaining some 86% only touching the lower Bollinger band  (2std down on a 50 SMA) very briefly last july and september.  I see no reasons for this trend to end anywhere in the future in the face of LENR since the only reason for it to do so would be stock market crash combined with a peak oil dystopia… But that is not the reason for us to be here, is it? 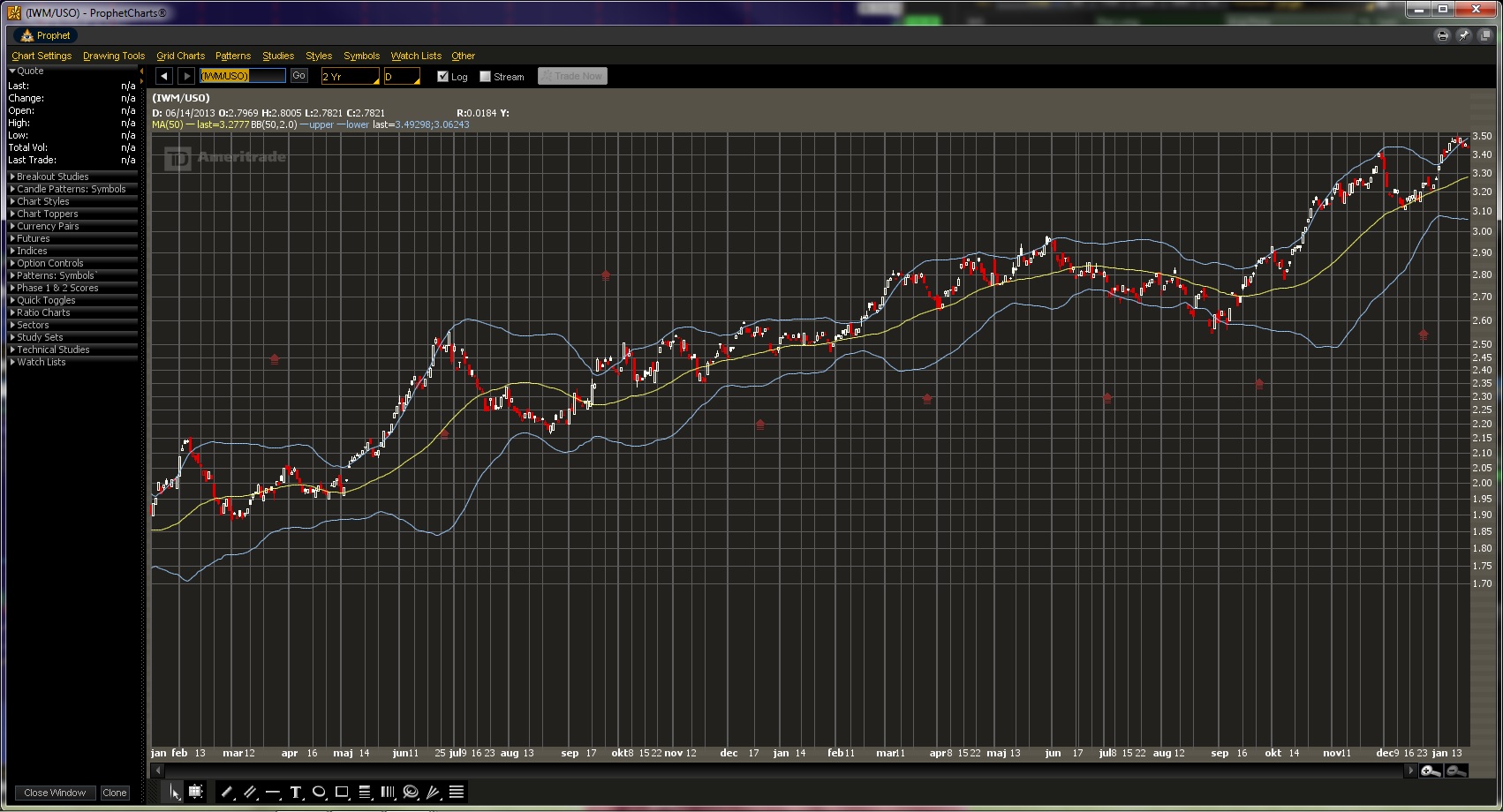