In january 2014 i published what I at the time considered to be the fool proof LENR trade. Allready at that point the long US stocks and short oil spread trade was up some 86%.

Having a look at the development since early 2012 when this story took off.

A grand total of +759% in seven years! The chart is equally impressive (showing long Dow Jones vs. short oil): 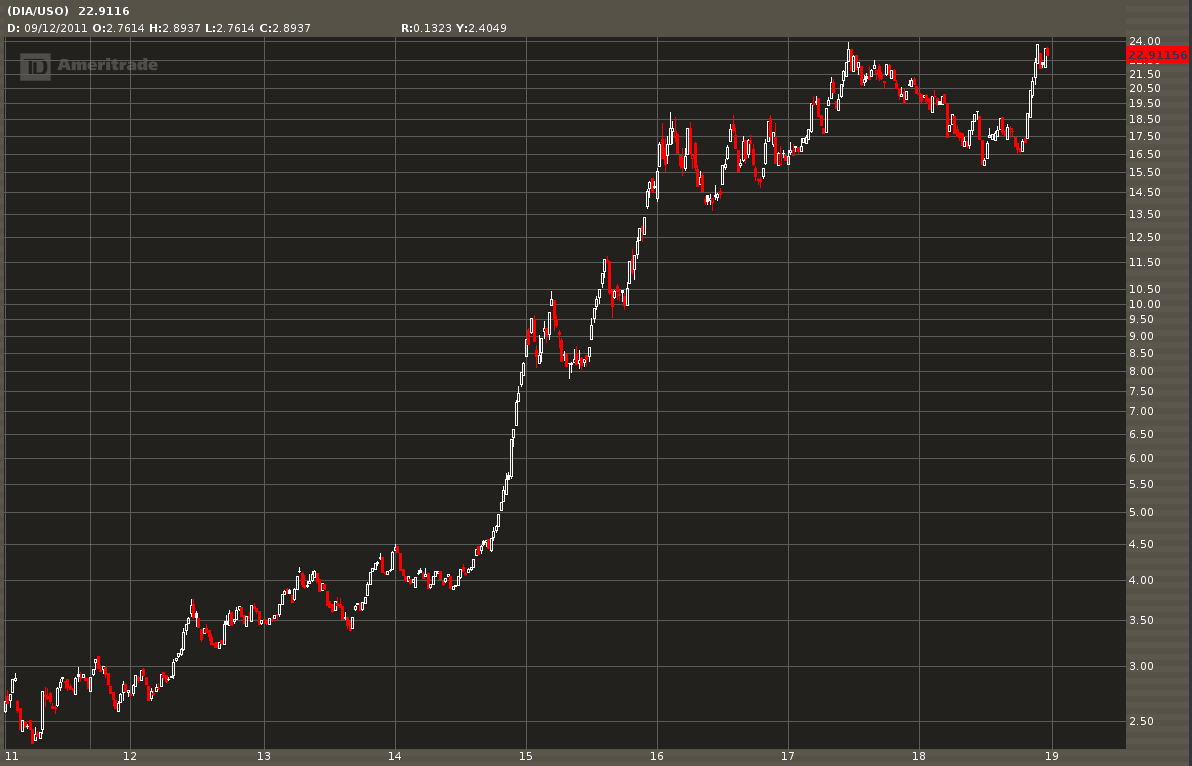 If you like me have a strong belief in an energy abundant future (regardless of what the politicians argue and try to impose on us through wet dreams of taxation). Then I see no reasons to exit this trade now either. There is in my opinion a considerable downside in oil and only a temporary dip in stocks. And since I also happen to believe there is no way for the rulers to raise interest rates more than marginally ECB et al will simply have to continue to buy all the new debt. If they do not it will only result in countries like Italy and Greece defaulting before any positive economic change occur. Lacking other attractive investments we will continue to see higher prices on scarce resources;  like stocks, real estate, etc.

Well, we’ll see. I suspect I will have reason to revisit this trade again in a while…