As can be seen below from IP number statistics in the sifferkoll.se log files, most visitors are from the US representing 30-40%. Europe as a whole have 40-45% with a focus on northern european countries. 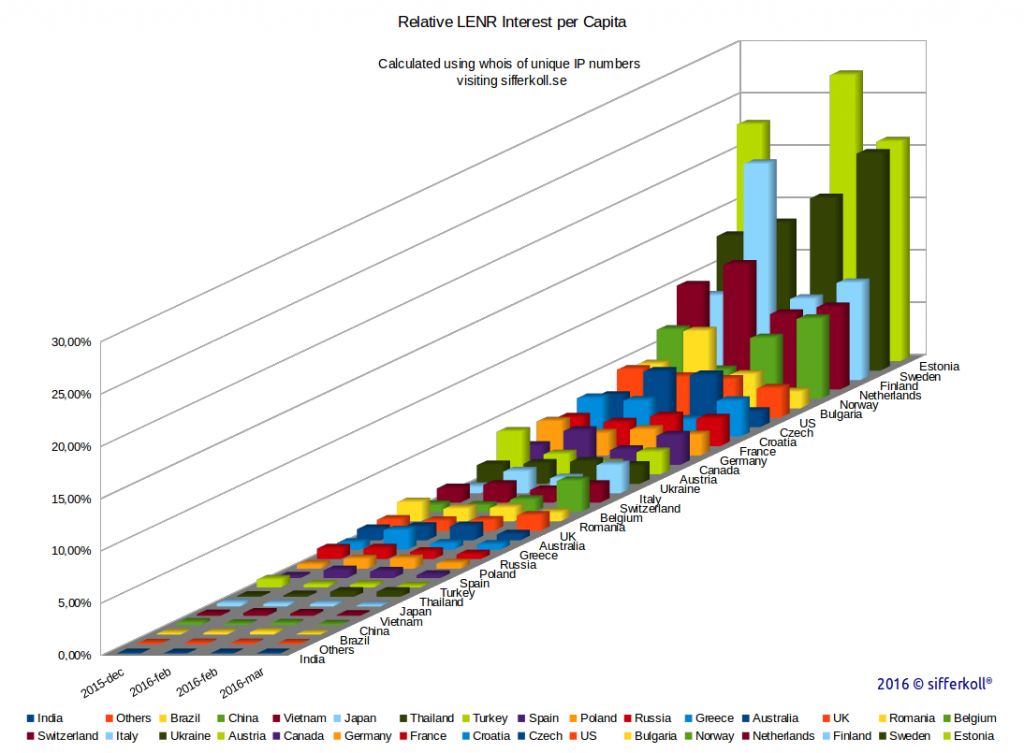 While US and China heads the overall ranking. 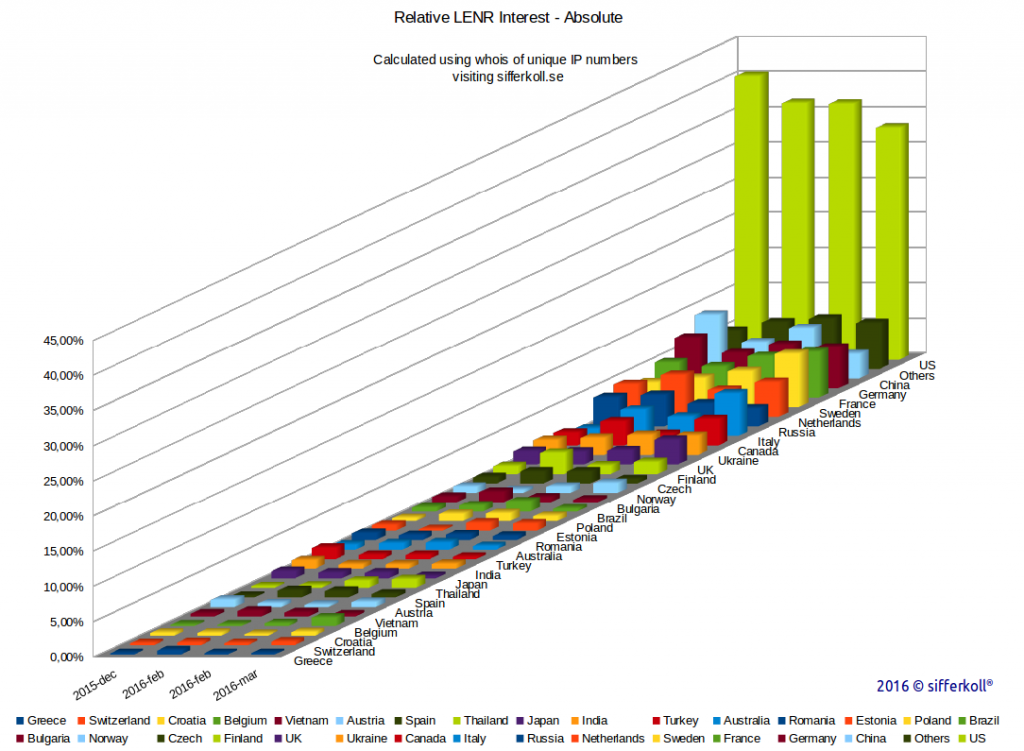 Looking only at downloads of the Lugano Report during 2016 we see a similar pattern. Note however the eastern europe countries like Russia, Ukraine and Bulgaria have relatively higher ranking, and China lower. 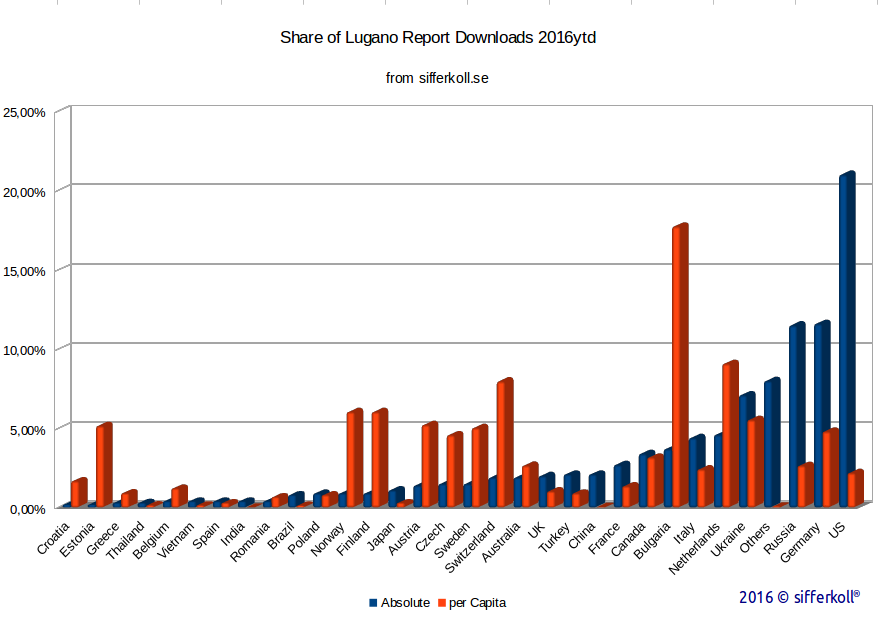