To get the full picture of the LENR intreset overall and the Lugano Report in particular I made som statistics on the downloads. It has now been downloaded in excess of 200 thousand times from this site only. Looking at the IP numbers it is a confirmation of the trend of northern/eastern european domination in the LENR space. 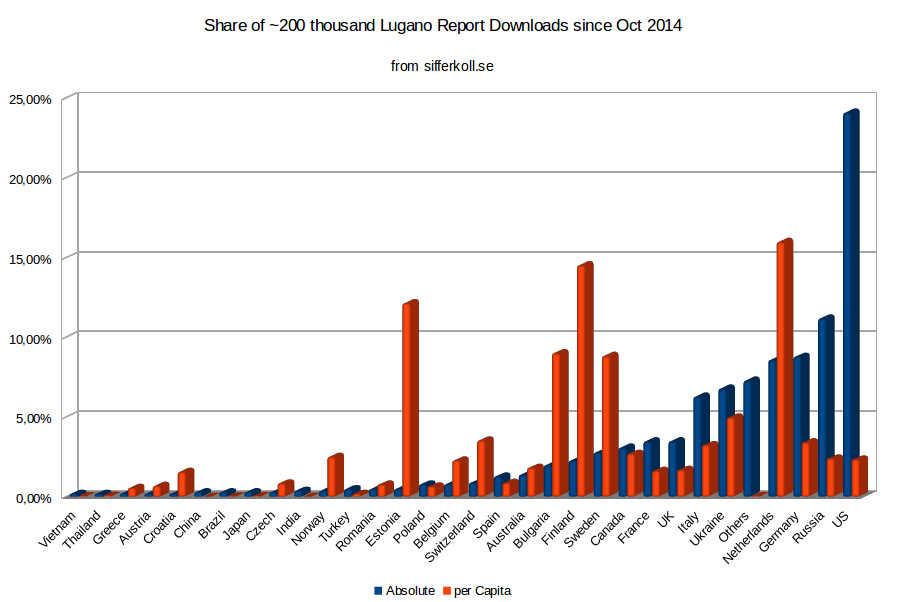 Another way to visualize the LENR interest. 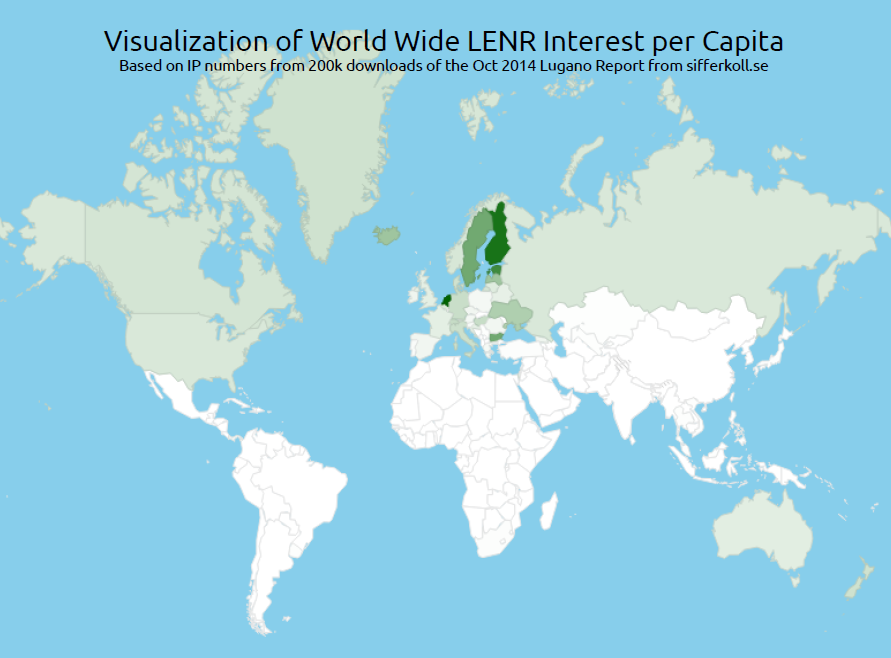