CFTC.GOV CoT data from December 16 reveales that while WTI oil went from $68 to $55 the big banks and oil companies were among the sellers. During the two week period from Dec. 2 to Dec. 16 they increased their already massive short position by ~40,000 contracts to  a ~380,000 contract short position. A more than 10% increase in two weeks… 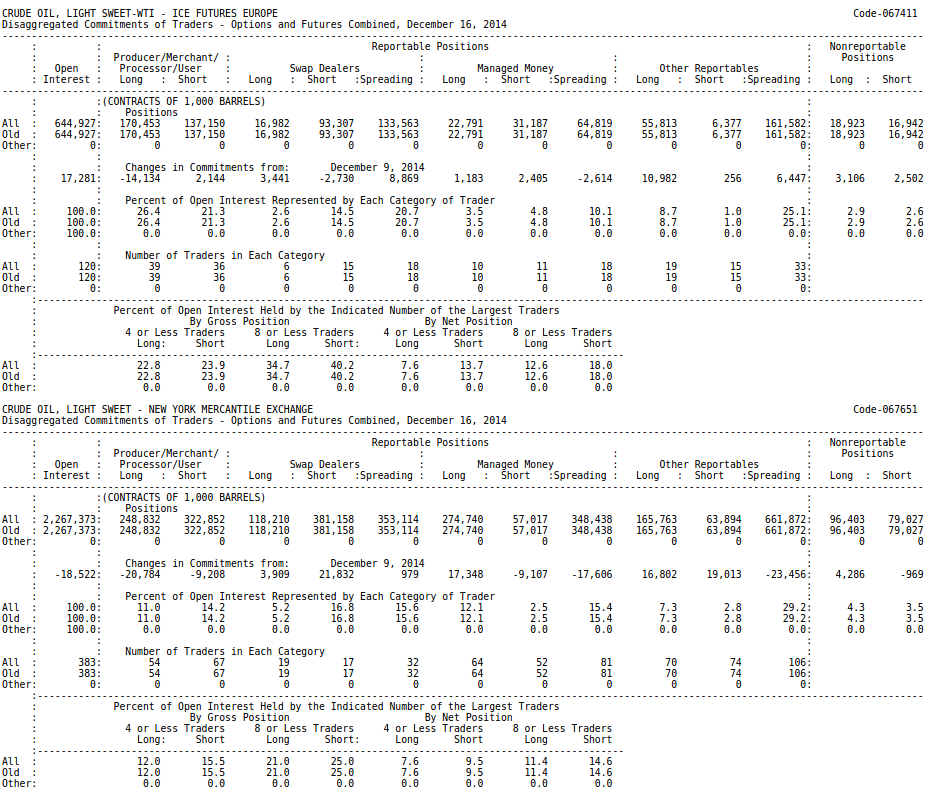 Obviously they believe the price will continue to plunge. A lot…

Why do they believe that? Is a relevant question I suppose.

Well, there are a myriad of explanations in both fringe and mainstream media. Some believe it’s a demand problem, and others that it’s a supply problem. Some resort to different types of geopolitical conspiracy theories, either punishment of Putin or US shale/other high cost low grade oil.

The only fact is of course that the Saudis will aim towards and succeed to increase market share since their oil is by far the cheapest. They will still make money at a $10 oilprice. No one else will. It’s only a logical business strategy.

But. There is one graph that shows more than anything what is happening. The complete decoupling of stocks and oil. In the last debt crisis of 08/09 both oil and stocks plunged. Now the “hockey stick” of R2k vs. oil is almost unbelievable… (+84% since the Lugano Report). And… Look at the timing. Something very real did happen around Oct. 8. What could that be except for the Lugano Report? I’m still looking for a plausible alternative explanations with THAT kind of timing… As an example the Saudi supply position of continued production has been on since June. 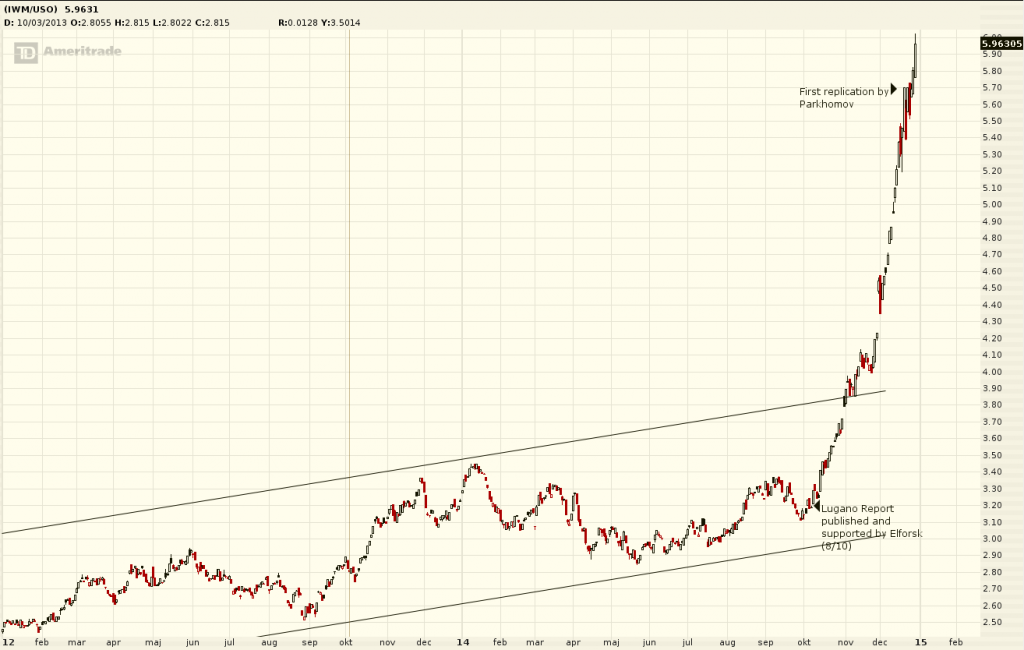 As I said before. Energy as a scarce and expensive commodity is history. This fact will accelarate growth in all areas except for in the energy commodities per se. Actually we will in the future consume much more energy, so even most energy companies will benefit, especially Big Oil that have been prepared for this change since several years.

Look at the chart below to see what I mean. XLE (Energy companies) is up 50% compared to oil since the Lugano Report. It’s not +84% as the R2k as a whole, but nevertheless. 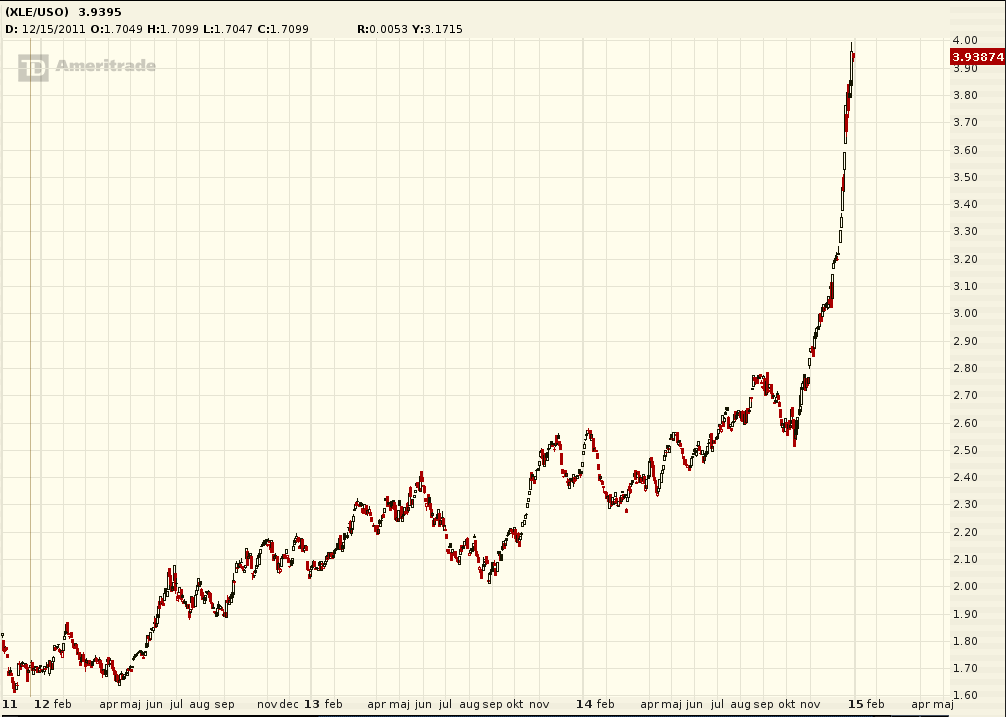 This future increase in energy consumption manifests itself in that the utility companies are among top performing indexes (XLU) gaining +87% compared to oil since the Lugano report.

The losers will of course be the owners of the large oil fields (which is as you know by now not BigOil anymore), but mostly nations and oligarchs/kings/rulers of diverse violent origins around the globe. This is clearly noted in the performance of currencies of nations like Russia, Nigeria, Venezuela, etc. However the people of these nations will benefit in the long run since most necessities of life will become cheaper everywhere.