Somewhat inspired by above statement by Martin Armstrong where he is making clear that he is watching LENR closely as a potential gamechanger, I made some charts to see what is actually moving in the world markets (in USD). I used two different timeframes. Firstly, movements since the Big Banks and Big Oilcos changed their WTI crude hedging strategy late 2010 … 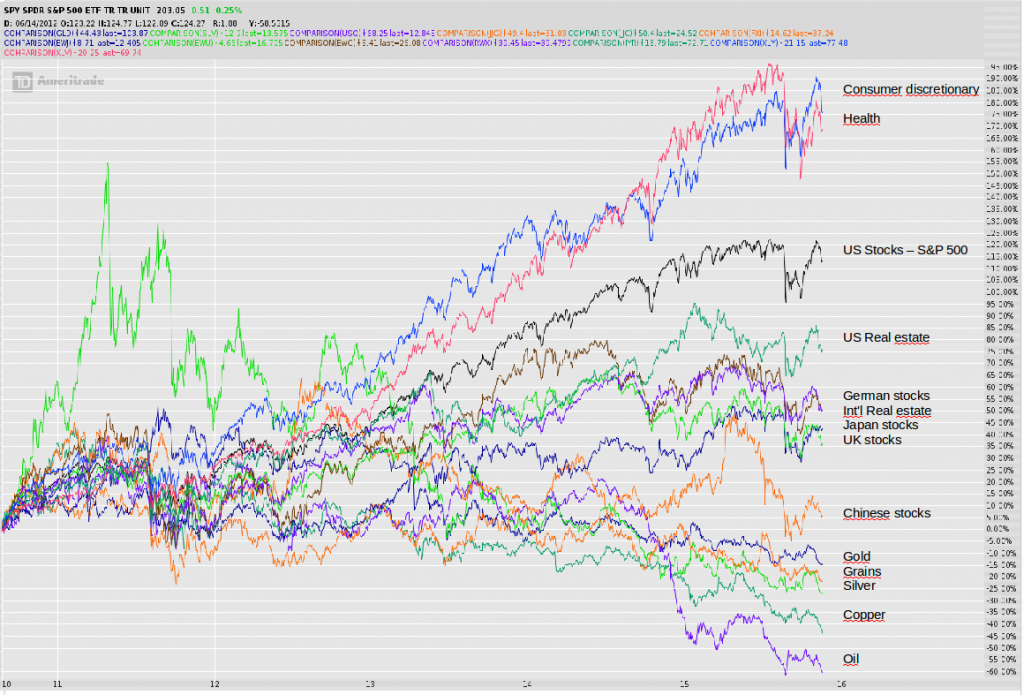 … and then movements since the oil plunge and release of the Lugano Report four years later. 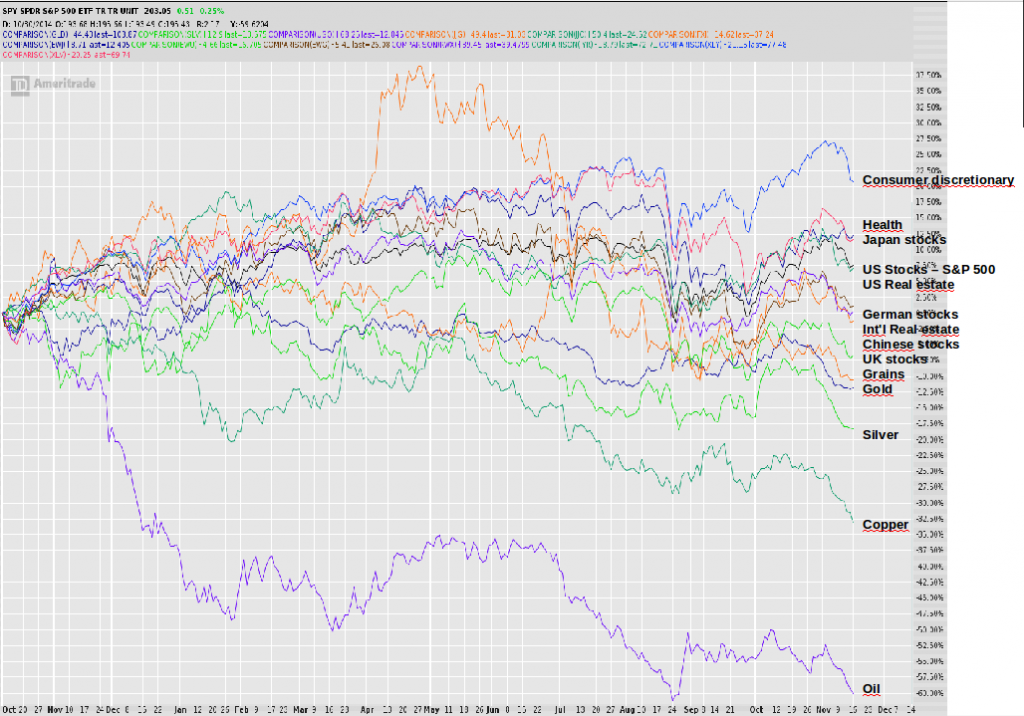 Stocks in general (developed markets) and consumption and health companies in particular have outperformed most everything followed by real estate (after the crash). Commidities has underperformed in general and oil in particular.

Will this trend continue? Is this to expect in a future LENR enabled market? So I believe anyway.

More than a year after releasing the Lugano Report there are still thousands of downloads per month. In total it has been downloaded about 200,000 times from sifferkoll.se. Looking at download statistics it is interesting to notice that some countries seem to have a much bigger interest per capita than others. Especially Bulgaria, Netherlands and Sweden closely followed by Austria, Germany, Ukraine and Switzerland. 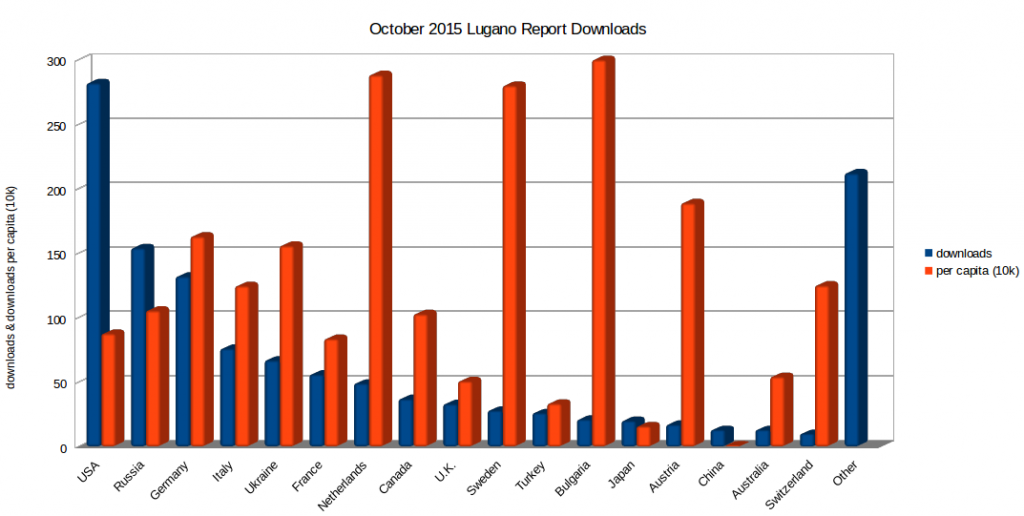