Yesterdays news, but important. Both Goldman and the Saudis expects oil in the $20’s

09:12 AM EDT, 09/11/2015 (MT Newswires) — Oil prices are significantly lower Friday, after Saudi Arabia announced that it will not back an emergency OPEC meeting to discuss the organization’s current production levels.
According to Reuters, Venezuela had pushed for an emergency meeting; however, Saudi leaders do not think a meeting would result in any action that would have an impact on oil prices. Saudi Arabia is the largest producer of oil in the group, and many believe if that if Saudi Arabia alone would cut its production we would see a recovery in oil prices. But, the Kingdom has been reluctant to reduce production, to protect its market share.
Earlier this week, The International Monetary Fund urged Saudi Arabia to reduce domestic energy subsidies and its public sector wage bill as the country copes with low oil prices. Saudi Arabia will likely run a deficit of 19.5% of GDP this year, while the government’s high level of reserves and low public debt mean that it is in a position to withstand low oil prices for sometime.
…
Also impacting oil prices Friday morning was a report from Goldman Sachs which showed that the investment bank now sees the oil market even more oversupplied than originally expected. Goldman now forecasts the surplus to persist in 2016. The bank cut its 2016 estimate for West Texas Intermediate to US$45 from its previous US$57 forecast issued in May. Goldman noted that oil could fall as low as US$20 a barrel, but that is not their base case scenario. 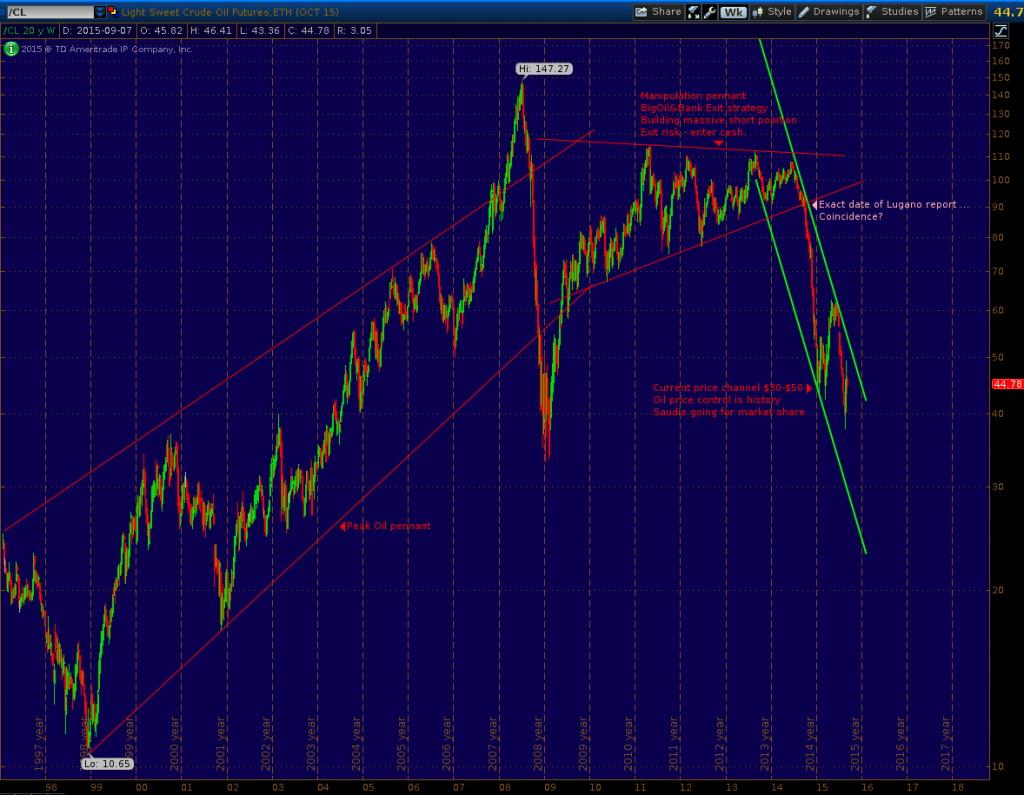