Andrea Rossi, an Edisonian Inventor or a Scammer? 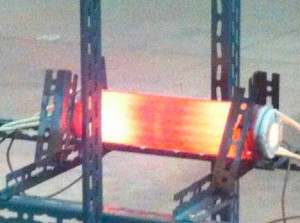 In my last blog I covered some of the development within the LENR field. Since then our public radio SR/Vetandets Värld spent more than one hour to cover this story, but from a completely different angle.

For some reason they felt like they should go on a man hunt and spent this time to discredit everyone who accepts the scientific research and experiments within the LENR field in general, and of course Andrea Rossi in particular. The Swedish scientists and engineers from KTH, Uppsala University, Vattenfall and Elforsk were also thoroughly discredited by SR. And they performed this man hunt using mainly ad-hominem type arguments, ignoring the results from numerous tests. For them, positive test result was more or less equal to proof of scam… and everyone holding a different opinion was either incompetent or an assistant scammer in their view.

For me, this is mind boggling. How is it possible for otherwise rational and logical scientists and journalists to not even consider the possibility of Andrea Rossi being on to something new, without even looking?

There are several possible explanations (google will show most of them), but I will focus on a psychological angle that I find interesting.

Andrea Rossi is a difficult person to understand. No doubt about it. To understand what I’m talking about, rewind to the spring of 1970 and place yourself in the north Italian city of Brescia. On the local 400 meter running track the then 20 year old Rossi starts to run… Exactly 24 hours later he stops and by then he has covered 175,144 meters and beaten the 79 year old Italian record in 24 hour running.

For me this gives a picture of a person who is more or less unstoppable, extremely determined and does not chose the easy way in anything (like a scam to make money). If you doubt it, try doing what he did on that track first. This is of course not proof of a working cold fusion reactor but it certainly shows a person who do not like the term “impossible”, but rather excels in “I’m possible”.

So I used this model when analysing the psychology of the conflict between supporters and critics of Rossi/LENR. In common ENTP and ISTJ have a ”T”, which means that they both use ”thinking” to support their preferred mode of being. But apart from that, they are completely different. The Inventors uses ”N” (iNtuition) as the main method of gathering and interpreting information about the world, and this big picture (new inventions) is also what the inventors like to show the outer world. That’s were they find energy. The Inspector uses ”S” (Senses/facts) to do the same thing. Actually for an Inspectors the facts, and things as they are perceived right now, are even more important than the thinking process since, since being introvert, it’s their dominant function. They find their energy in the structure and facts among things as the are. But they really don’t like to show it that much. They rather show their intellectual and thinking side. Being a “J” (Judgement) personality they also prefer that others conform to the rules and facts that make up the their world view. Obviously the inventors with a “P” (Perceptive) are more open to new rules and new facts. These actually makes them inspired and opens up possibilities.

Have a quick look at these statements to understand what I’m talking about and maybe determine your preference. It’s really quite obvious. Chose (a) or (b) below:

I believe that the research community, certainly in physics, is crowded with inspectors. And they tend to recruit other inspectors, that will continue to analyse existing facts, and make small advancements in specialized fields. This is the way they want it. They feel safe and secure and to be honest, most of the time this is exactly what’s needed in the physics departments of the world.

But, then comes an inventor and says: ”I found that some of the perceived facts that make up the core of your world view, might becompletely wrong…”

What will happen? Well, the inspector will fall into weakness, because new things at this level are threatening. And they will show feelings instead of thinking. However they are not especially good at this, so they start defending and attacking instead, using value driven arguments like fraud, incompetence and other personal accusations, which by the way is exactly what is happening right now in the LENR field. For then it’s heresy.

At this point I will shortly mention another tool called the Four Rooms of Change which is used to improve communication and management on all levels in many organisations. One of the rooms is called self censuring and this is where you end up when you no longer feel content in a situation or in your life, but do not want to admit it or get into the painful room of confusion. One problem with the self censuring room is the state of denial, which explains why it is so difficult to communicate here on a rational level. Only compassion or sometimes confrontation works.

The best way to handle the inspectors is for the inventors to keep working on their own. The inspectors will not be of much help at this stage, but eventually the data from more experiments will convince some of them, and then finally, all of them from pure group pressure, because they are all motivated by belonging to a group. Time is also an important factor. They need to withdraw, analyse the experiments and figure out how the new data can be incorporated in their old world view without to much change. And eventually they will come up with the theory that explains it all, and then it can be considered a fact. And then, they will feel safe again.

This reasoning could be used the other way around as well, since inventors are equally useless at tasks where the inspectors thrive.

I believe that these models can give some light to the behaviour of Rossi when it comes to setting up experiments and testing. He’s already building the next model in his head. Demonstrations, thorough scientific experiments and boring comments from all the inspectors, are only a pain in the ass for him. Exactly in the same way as the inspectors feel threatened when their belief system of facts gets challenged by a reactor build in a garage.

Soon we will probably know a little bit more. The group of scientists from Uppsala and KTH has expanded with more scientists from other countries and the second independent test is about to get published earlyautumn. The test has been going on for months on neutral premises in Lugano, Switzerland with even more thorough measurements than the May 2013 test. It has even been rumoured that an isotope analysis have been made on samples from these tests at several universities in Sweden very recently.

In otherwise loose ramblings made by Italian life-style blogger Sylvi Coyaud ; she drops the location of the third party independent test being Lugano, Switzerland. She’s been more or less employed by freelancer Marcus Hansson on assignment for Swedish Public Radio and Ulrika Björksten. From the lousy google translate it seems that they spent four (4) months together reading the mail of Swedish Scientists and hunting down “friendly sources” in Italy.

(actually this makes me believe that maybe Swedish taxpayers paid more for the SR/Hansson/Björksten crusade than for everything else related to LENR since 1989… hmm, kind of interesting…)

Digging further in the team of Björksten/Hansson/Coyaud it’s even more obvious what brings them together. They seem to share a common interest in the political power of the environmentalists.

It seems like a contradiction. But then, maybe not. It’s only a contradiction if using the premiss that the environmentalists only cares about the environment. Surprise! The do not. As everyone else they care about themselves, their careers, their prestige and political power. Sometimes even money. Knowing this makes it easier to understand their opposition against cheap clean energy.

Because, really clean and cheap energy would actually ruin everything for them (except the actual environment part of course). Their voices would be worth zero zip nil…null.

Recently this has become extremely evident.

Of course I’m thinking about the anti LENR crusade performed by Swedish public radio and their head of science; Ulrika Björksten.

Without any facts, and without looking at any of the measurements and other indices in favour of Rossi she has produced an, in excess 60 minutes, extremely biased radio show. The sources for her analysis are shallow and consists of an Italian style-blogger (self proclaimed science journalist) and some (not so random) Italian politicians with obvious (the mayor of Laciarella gained political power using the trials against Rossi) special interests that correlates with the agenda of the show. Also one or two Swedish scientists with similar environmental and status qou interests (research budgets in fission/hot fusion) are used.

This combined with Ulrika Björksten being a person who obviously likes to play games with the power of media for personal reasons makes the picture clear. She has done it before and is proud of it.

“But now I can also recognize , as it hopefully is barred by now , that I myself in the spirit of Sokal sneaked into a highly questionable review on a Swedish newspaper culture pages. Yes, I had seen the show , so it ‘s not about any falsification , but the text came to first and foremost because I had made a bet that it was enough to mimic culture writers stylistics to make it seem like I knew what I was talking for and receive text published.”

These opinions of hers are also interesting I think:

“The journalistic approach that would achieve objectivity by simply allowing two different voices with opposing views to be heard is deeply problematic when dealing with issues based on scientific knowledge . Whenever the voice is based on science and facts, while the others have no scientific basis for their claims to the image in the mass media can easily be misleading.”

“It’s a journalistic dilemma when almost all the expertise available within a special interest.”

As you can see above she does not support an unbiased coverage of scientific issues when it is covered by ”scientific knowledge”. But she also says that the the coverage should be based on facts. Finally she notes the dilemma occurs when some voices have a special interest.

My conclusions are obvious. Ulrika Björksten is pragmatic and likes to use the media in her crusade for her beliefs. She interpretes journalistic ethics on the fly and gives herself the right to ignore facts when they do not suit her and uses the “special interest” card as it pleases her. All available dirty tools are used when covering the Rossi story from a completely non-factual ad-hominem side and she does it in the name of some sort of common good, representing her political interests (misguided environmental).

Maybe she’s only a ”nyttig (useful) idiot”, as we call it in Sweden, or maybe she has a plan. I don’t know which one is the worst….

Found this qoute as well from an interview:

Are there any family resemblance between journalism and science?

– The similarity between the two fields is the effort to find out how things actually are, to examine and question the things that may seem obvious. To consider whether there may be another truth behind what is seen on the surface. I think there are very many similarities in the journalistic and scientific method

What would you most like to win the gold shovel or the Nobel Prize in chemistry?

– Because I am a journalist of course I say the gold shovel.

Obviously, finding the truth and the Nobel Prize are only of minor interest and priority to her compared to the “prestigious” Gold Shovel… Makes you go, hmmmmm.